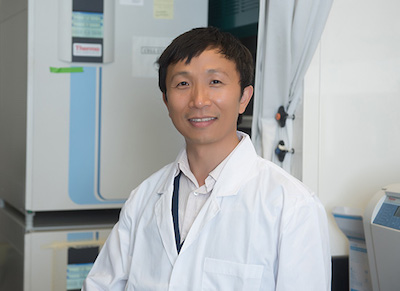 A member of the WSU Applebaum faculty since 2011, Zhengping Yi has made rare, high impact contributions to the understanding of diabetes and insulin resistance using cutting‐edge proteomics approaches. Since 2011, he has published 29 papers in top peer‐reviewed journals, while he and his team have made 32 presentations in diabetes and proteomics conferences nationally and internationally. He also has two invention disclosures to his credit. Yi has brought $6 million in extramural funding to WSU, with $5 million from the National Institutes of Health and $1 million from the American Diabetes Association.

A highlight of Yi’s many scientific discoveries is the role of protein phosphatases in insulin signaling and type 2 diabetes. In the United State, 26 million adults – 10% of the adult population – suffers from diabetes. The disease burden of diabetes imposes more than $200 billion in health care costs annually. The prevalence of diabetes is projected to reach 20% by 2030 and 30% by 2050, making it a public health emergency.

Yi’s work earns high novelty and has the potential to be seminal, investigating the regulatory subunits of two promising phosphatase targets. In addition, his research does not use animals but directly studies muscle tissues of human diabetic, obese and normal control volunteers. His projects are advancing understanding of how phosphatases regulate insulin action in humans in health and disease, and they are directed at discovering novel protein targets that will be evaluated for developing new drugs to treat and prevent type 2 diabetes.

Yi is not only a stellar researcher; he also has made outstanding contributions as a mentor to students at all levels, from undergraduates to post-doctoral fellows, and is actively involved in community outreach and fundraising for the American Diabetes Association. 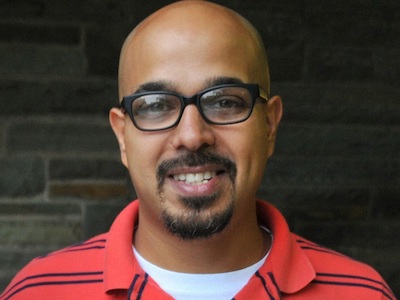 A two-time alumnus of Wayne State University, Wassim Tarraf has made significant contributions to our understanding of the social determinants of health, specifically through evaluating disparities in health, health behavior, and health care access and use among U.S. minorities. A nationally recognized expert in gerontology, big data methodology, health services research and policy analysis, he is continually sought after to provide support and consultation on a range of research projects.

Tarraf is an affiliated investigator on the Hispanic Community Health Study/Study of Latinos (HCHS/SOL), the largest epidemiological study of diverse Hispanic/Latinos in the United States, and the director of analytics for the Study of Latinos – Investigation of Neurocognitive Aging (SOL-INCA) Lab, a joint initiative of Wayne State’s Institute of Gerontology and the University of California San Diego Department of Neurosciences. In addition, he is the site PI and lead biostatistician on three National Institute on Aging (NIA) funded studies on cognitive aging and Alzheimer’s disease and related dementia risk factors among Latinos, and two exploratory grants funded by NIA and the National Heart, Lung, and Blood Institute (NHLBI) to examine sleep as a risk factor for unhealthy aging among Latinos.

Tarraf maintains both a strong research program and a commitment to advancing the careers of emerging scientists. In addition to providing mentorship to nearly 20 current and former undergraduate and graduate students, he provides mentorship as the Analysis Core Co-Leader for the NIA-funded Michigan Center for Urban African American Aging research (MCUAAR) and as a faculty affiliate with the Michigan Center for Contextual Factors in Alzheimer’s Disease (MCCFAD). These two Resource Centers for Minority Aging are primarily focused on training the next generation of researchers in minority health and diversifying the aging research community.