On Oct. 1, Timothy Schramm joined the Wayne State University Alumni Association board. A 1989 Mortuary Sciences graduate, he is owner and CEO of Howe-Peterson Funeral Home and Cremation Services, with locations in Dearborn and Taylor, Michigan. His term continues through 2023. 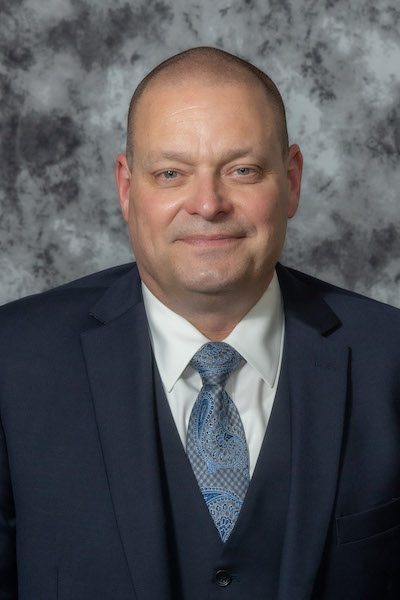 “This year’s selection process was very competitive,” said Annessa Morley, director of strategic alumni initiatives for the Office of Alumni Relations. “The nominees and applicants represented an impressive and diverse array of professional backgrounds and leadership achievements. The slate of board members will steward the university’s alumni engagement goals and initiatives extraordinarily well during the next year.”

A licensed funeral director for more than 30 years, Schramm has been commander of MI-MORT, Michigan’s Mass Fatality Response team, since 2015. MI-MORT was in the headlines in early 2020 as the state came to grips with effects from the beginning of the pandemic. Schramm was often quoted by the media as a source expert.

Since 2018, Schramm also has been a victim advocate as a member of DMORT. The federal Disaster Mortuary Operational Response Team is comprised of experts in the fields of victim identification and mortuary services, activated in response to large-scale disasters through the Department of Health and Human Services.

A member of the WSU football team from 1983-86, Schramm was one of three players to earn Second Team All-League honors in 1985. He continues to play offense for the university — in addition to his new WSUAA board position, Schramm has served on the Mortuary Science Advisory Board since 2006 and on the WSU Applebaum Board of Visitors since 2014.

Schramm began his career at Howe-Peterson in 1988 as a funeral service associate, advancing through the years to vice president and director of operations. In 2017, he completed an ownership transition together with then-financial manager Timothy Kirby, and the two have been dedicated to providing the highest quality of care, with compassion and professional direction for the families they serve. Earlier this year, Howe-Peterson earned a 2021 Best of Taylor Award, which identifies local companies that enhance the positive image of small business through service to their customers and the community.

Schramm becomes the second WSU Applebaum alum to be appointed to the current board, joining Dr. Zhongcong Xie ’94, who became a member in 2019.

“We are pleased to have two representatives from the Eugene Applebaum College of Pharmacy and Health Sciences working together to help guide the university’s alumni relations efforts,” said Dean Brian Cummings. “I’m confident that Tim will serve with the same expertise and enthusiasm he’s shown on our Mortuary Science Advisory Board and Board of Visitors, and I wish him well.”