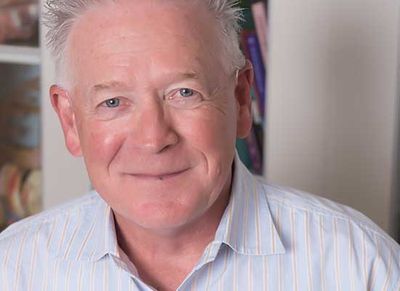 At 11 a.m. on Sunday, Nov. 10, the day before Veterans Day, the fourth annual 4Star 4Mile Race will take place in Downtown Detroit. The race is directed by Doug Howell, a lecturer in the WSU Applebaum Physician Assistant Studies program and a Vietnam veteran.

After a four-decade career as a practicing Physician Assistant, Howell began teaching at Wayne State's Eugene Applebaum College of Pharmacy and Health Sciences in 2014.

“I love giving back to the new generation of medical providers,” he said, “especially those ‘pearls’ that are not found in books and only come from 40 years of experience.”

A Vietnam veteran, Howell says his military service paved the way to his medical career. As a Fleet Marine Force Corpsman in a Special Landing Force battalion of the U.S. Marine Corps, his company faced extensive combat during his tour in 1966-67. He received the Purple Heart for wounds suffered in Vietnam conflict, as well as a Presidential Unit Citation and a Republic of Vietnam Presidential Unit Citation.

Beginning in 2008, Howell, along with several other Marines, returned to Vietnam five times searching for a remote mountain-top battle site on the border of Laos. During this spring's trip, Howell successfully found the site, and after this powerful experience says his mission of returning is now complete. His book “The Night is Dark and I am Far From Home” chronicles those visits and the profound effect the trips have had on him. 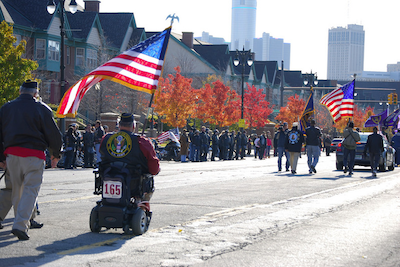 With this deep, firsthand understanding of the indelible sacrifice veterans make, Howell conceived and annually directs the 4Star 4Mile Race, which this year begins at the Dean Savage Memorial Park in Corktown, at the corner of Trumbull Avenue and Porter Street. Part of the Armed Services Salute, runners follow alongside the Detroit Veterans Day parade.

"When I first came home from the war in Vietnam, there was an obvious and palpable disconnect between service members and the public. Since then, we have learned to be more welcoming to our military veterans. However, in spite of that and with today's volunteer services, that disconnect remains and continues to widen," Howell said. "Our mission is to bridge that gap and help bring the civilian population together with the military and veteran populations in a common cause. The 4Star 4Mile Race aims to be one example of how we all support each other, how we welcome our veterans back into our communities and how we value their participation."

The 4Star 4Mile Race is the only race in the country that runs alongside the parade, at the same time, on the same course. Veterans receive a $10 discount on race registration.

Each year, the Armed Services Salute draws about 500 runners and 4,000 parade marchers including the internationally famous Shriners from the Shrine Circus, and also features Vets Fest with live music, food trucks, beer tent and family activities.

The Armed Services Salute will feature tributes to the U.S. Marine Corps on its 224th birthday, 100 years of the American Legion, and the late World War II veteran and U.S. Federal Judge Damon J. Keith.