Last month, Wayne State University’s Mu Omicron Pi chapter of Kappa Psi Pharmaceutical Fraternity attended the Kappa Psi Great Lakes Province Assembly in Cleveland. The conference saw Kappa Psi chapters from across the region come together for a weekend of learning and fellowship. The annual gathering also celebrated the achievements of Kappa Psi chapters in regards to service to the community and promoting the highest ideals in the profession of pharmacy.

"Assembly was a great experience. I learned so much more about the Kappa Psi Great Lakes Province," said Mu Omicron Pi brother Zachary Grossklaus. "We joined colleagues from other universities. Great connections. Great contributions. Congratulations to our regional leader, Satrap Maybeth James, and her executive team of student pharmacists for putting together such a brilliant program.”

"GLP Assembly with my fellow brothers was an amazing opportunity to embrace our recent chapter initiatives. This was our first in-person province meeting and our chapter walked away with two awards!" said Noah Trotter, Wayne State's Kappa Psi President. "I networked with many new brothers making too many memories to count while in Cleveland. I am already looking forward to the next province meeting."

The first honor Mu Omicron Pi received was the Chapter Attendance Award. Surprisingly, Wayne State's Kappa Psi chapter only boasts 18 gentlemen on its current roster, when there are other universities that have membership numbers surpassing 100. But it was Mu Omicron Pi's second and most important award that punctuated the conference.

Mu Omicron Pi's efforts in promoting childhood literacy in their Detroit community, serving meals to the city's homeless, helping feed local veterans and their families, and promoting the highest ideals of pharmacy practice were all demonstrated to their colleagues by photographic documentation.

This year's report was prepared by brother Joseph Paul Javier, Mu Omicron Pi’s Chapter Historian, and highlighted the accomplishments of WSU Kappa Psi and its respective brothers. It also honored the graduate brothers of Mu Omicron Pi that continue to support and guide their active chapter.

Another highlight of the conference saw Mu Omicron brother Fadi Manuel lead a round-table discussion on "Navigating the Job Market During Unprecedented Times." Manuel communicated with newer brothers about how to navigate the fellowship interview process. He also guided his fellow student pharmacists with interview tips and strategies for improving one's odds of landing a fellowship.

"It can be as simple as getting involved with other pharmacy organizations such as AMCP or IPHO, or attending a live professional conference like AMCP Nexus," said Manuel, who is graduating next month and is an incoming HEOR/Market Access Fellow at AESARA.

"I joined Kappa Psi after I saw all of the great things that they do to help the community and raise money to help the undeserved,” said Grossklaus. “It is a pleasure to be part of these large service events and the brotherhood Mu Omicron Pi. Our fraternity is the best support system one could ask for during pharmacy school.”

Kappa Psi brother Justin Zimmerman added, "Kappa Psi is a great organization to gain friendships through meeting individuals with similar interests. Since my time of joining, I have achieved that goal and so much more. I would recommend Kappa Psi to anyone who is looking to make the most of their time in pharmacy school. Our professional fraternity is an invaluable resource for those wishing to leave their PharmD learning experience with lifelong friendships and unforgettable memories." 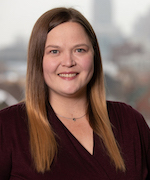