Where are they now: Update from Radiation Therapy Technology alum Ivana Juncaj '21

Recent Radiation Therapy Technology program grad Ivana Juncaj ’21 is currently working as a staff radiation therapist at Seattle Cancer Center in Seattle. She has always wanted to work with children and during her studies at Wayne State made an impact on the young cancer patients she treated. 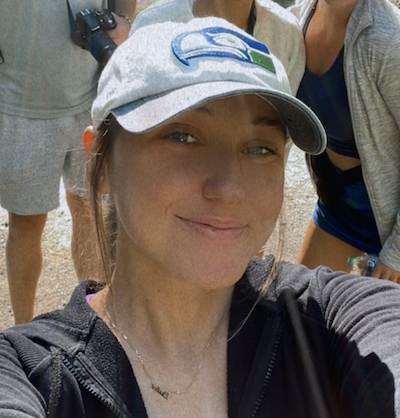 Ivana said that the most unique aspect of graduating from Wayne State was that she was able to land a job in proton therapy right out of school! She goes on to explain the various differences between photon and proton therapy, such as not using CBCT scanning for daily imaging, just kV images. She also explained that with protons they do not set an SSD, which she finds interesting.

Our recent Wayne State grad has high ambitions. Ivana said she “hopes to become an experienced therapist who can eventually be a supervisor/therapy manager of a radiation oncology department.”

She also offers advice to students currently enrolled in our program: “Be really open minded to all experiences presented to you when applying for jobs, and don’t be afraid to go after anything!” Good advice, Ivana!

“Wayne State was an incredible school to attend,” Ivana added. “I truly believe the program, along with the faculty and clinical instructors, gave me all the tools I needed to succeed as new grad therapist. I made such great friends along the way in the program that I still keep in touch with on a weekly basis! I feel like Wayne State gave me an awesome education and a family I can always count on!”

Wow, thank you Ivana — we wish you continued success.

Radiation therapists have a unique opportunity to blend the knowledge and skills of mathematics, science and psychology in their daily work. Radiation therapists operate sophisticated radiation equipment to treat malignant tissue, assist in designing cancer treatment through the use of 3D computer-generated calculations, recognize when a patient is having additional medical problems that require a doctor's attention and provide psychological support for patients who are dealing with the stress of their illness.

The bachelor of science in radiation therapy technology is offered through Wayne State’s Eugene Applebaum College of Pharmacy and Health Sciences. The application deadline is Nov. 30. Learn more on the RTT website.