Q: In which branch of the military did you serve, during which years, and what was your final rank? 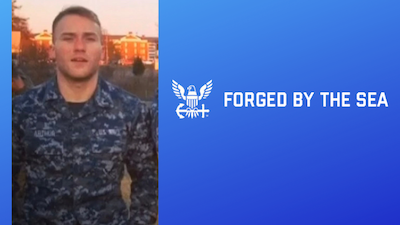 Q: What made you decide to serve?

A: I decided to serve because I didn’t really have a solid plan coming out of high school. A Navy recruiter called me, described how veterans get free college, and without many other options I was interested in, I hopped on board.

Q: Did you know you wanted to go into health care when you enlisted or did something happen during your service that pointed you toward that career path?

A: I had no idea I wanted to do health care when I enlisted. I originally wanted to be a police officer when I enlisted, but after taking college courses during deployments, I realized that I had a love for biology and chemistry. Pharmacy was a logical career choice that interested me, with the effect drug molecules have on humans.

Q: What brought you to Wayne State?

A: Wayne State was my first choice because after being away from my family and friends for four years immediately following high school, it was a top priority for me to stay in the metro Detroit area.

Q: How do you feel your military career informs or affects your health care career?

A: I feel that being in the military has given me an opportunity to meet many people from many different backgrounds. This has made me appreciate a myriad of experiences so many people have that normally I’d never get the opportunity to learn about. The leadership experience I obtained was invaluable to me, which I’ll eventually use to navigate the health care world.