Trial by fire: Dr. Paul Kilgore calls on a lifetime of experience to aid in urgent vaccine development and rollout

In March 2020, shortly after the World Health Organization declared the novel coronavirus a pandemic, WDET invited Kilgore on air to tell Detroit public radio listeners how to recognize symptoms of COVID-19. A week later, the WSU Eugene Applebaum College of Pharmacy and Health Sciences associate professor of pharmacy practice and that program's director of research explained in the pages of the Detroit Free Press why social distancing was crucial. 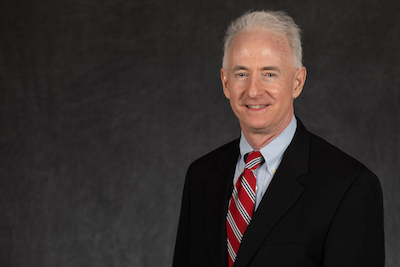 Over the remaining nine months of 2020, Kilgore offered easy-to-understand scientific answers to reporters’ questions about the deadly virus on TV, over the radio, in newspapers and online — all while working with a global team to stop the pandemic in its tracks.

It was a moment he had prepared for his entire career. “This is something we expected — we thought it would be influenza but I expected to confront a pandemic in my lifetime,” Kilgore said. “Everything I learned and experienced during my work with the Centers for Disease Control in the ’90s and the International Vaccine Institute in South Korea in the early 2000s really equipped me to hit the ground running and not be fearful. I knew what we needed to do.”

What we needed to do was keep people safe until an effective vaccine was available to them. So Kilgore rolled up his sleeves and went to work on both of those fronts.

It wasn’t a football game but Dr. Paul Kilgore was shouting at the TV, begging his team to call the right play. Last January, Kilgore watched early news reports about the spread of SARS-CoV-2 overseas with white knuckles, pleading for the WHO to declare a pandemic.

With decades of infectious diseases experience driving his concern, Kilgore knew the declaration would be a necessary first step before countries across the globe took the virus seriously, and crucial funding and resources would be devoted to developing treatment and prevention options.

Kilgore, who had spent the previous weeks working on his own initial response — a self-published book called The COVID-19 Survival Guide — snapped into action on the prevention front. 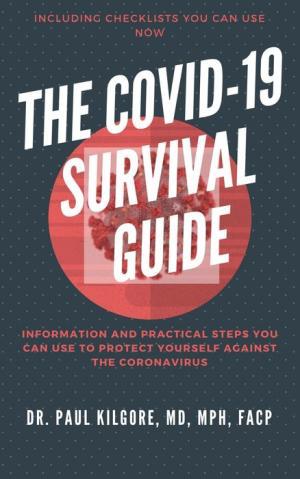 “I heard Moderna was working on a vaccine so I contacted their chief medical officer to express interest in collaboration,” Kilgore said. “Southeast Michigan is off the radar of many scientific groups who don’t always realize what incredible resources we have here. It’s important for us not to be shy in communicating our expertise here at Wayne State University and in Detroit — our capabilities are huge and we can do even more than what we’re doing right now.”

Make no mistake: What we’re doing right now is no small feat. A team headed by Kilgore and Dr. Marcos Zervos from the WSU School of Medicine spent most of 2020 working with the Henry Ford Health System to help ensure the Moderna vaccine was safe and effective. Their work has already saved an untold number of lives.

This past March, at the pandemic’s one-year mark, WSU President M. Roy Wilson discussed his faculty members’ involvement in the vaccine trial process, saying, “This is truly one of the finest examples of Wayne State fulfilling its mission to serve the city of Detroit, the state of Michigan and the entire country. We’ll forever be grateful to Dr. Kilgore and Dr. Zervos for the roles they played in vaccine development and the lasting impact their life-saving work will have on future generations.”

Now that there are safe and effective vaccines readily available to Americans 12 and older, Kilgore’s work has become more intensely focused on education, awareness and advocacy.

“Every week, I’m out in Detroit meeting with community groups and staff at places like long-term care facilities, clearing up vaccine misconceptions and talking about the reality of the disease,” Kilgore said. “People who have underlying medical conditions express concern that the vaccine would be unsafe for them, when in fact it’s just the opposite. We need to communicate that it’s COVID-19 itself that is dangerous for these high-risk individuals — and the vaccine could save their lives.”

It’s a message Kilgore honed during Detroit’s vaccine trial participant recruitment phase. “We were able to enroll well over 1,000 people across multiple sites across Detroit, and had the most racially and ethnically diverse participant audience of all the sites in the Moderna and J&J studies,” he said. “It was gratifying that people were interested. We had a lot of brave people who stepped up knowing they had a 50-50 chance of getting the vaccine vs. the saltwater injection. But even though they were motivated to get protected against the virus, some were concerned or scared, and the informed consent process sometimes took a couple of hours per person. We were very transparent, giving detailed explanations and answering their questions.”

It translated into long days for the team, but it was rare to hear complaints about the workload. “There was an upbeat, energetic mood because we all understood the urgency to get the vaccines evaluated,” Kilgore said. “It quickly became apparent that if we didn’t get a vaccine into people, we would never be able to control this virus.”

And that’s where we are today: In the midst of a massive effort to convince more people that immunization is safe, effective and wise. “The unfortunate part of the low vaccination rates in Detroit is that these are some of the most vulnerable people with the highest risk, the lowest access to health care, the weakest insurance coverage and the lowest access to nutritious food — this is where we want the highest rate of vaccination.”

He concedes that it was frustrating to see intense news coverage of the rare J&J adverse events because the reality is that it’s a safe and effective single-dose vaccine that is a hugely beneficial option for people who would have a hard time getting back into a clinic for a second shot.

As the media continued to sound the alarm, Kilgore says, “I was worried not so much about the vaccine — we did a lot of work to evaluate it and make sure it was safe. But the noise about the adverse events was drowning out the importance of the vaccine.”

Kilgore knows a thing or two about media coverage. As any metro Detroiter watching TV, listening to the radio or reading local newspapers can attest, he remains to this day a highly sought-after expert source.

“Paul Kilgore is a smart guy who is able to calmly communicate complex issues in easy-to-understand terms,” said Ted Montgomery, Wayne State’s associate director of communications, who works to connect the university’s expert sources with the members of the media for interpretation of hot-button issues and current events.

Montgomery and Kilgore became acquainted during the height of the Flint water crisis, when Kilgore was among the university faculty members featured in a 2019 PBS Frontline documentary about their work researching the deadly Legionnaires’ disease outbreak after the city switched its water source.

That was on Montgomery’s mind when the WHO declared the pandemic. As early as March 2020, Kilgore sat down with WDET’s Stephen Henderson to share facts and dispel myths on Detroit Today, something he continues to do on a regular basis. Throughout the pandemic, Montgomery has helped book Kilgore for dozens of print, online, radio and TV interviews, with no signs of slowing.

In addition to media appearances, Kilgore makes himself available to the university and its student organizations for social media videos, seminars and town hall Q&A sessions. He is happy to do so in an effort to educate large groups as well as change one mind at a time. In fact, Kilgore is notorious for giving out his personal phone number and email address to folks who may have follow-up questions.

“Believe it or not, the easiest part of the vaccination process is the development and testing of the vaccine itself,” Kilgore said. “The hardest part is implementing an immunization program and getting actual doses into people who need it most.”

Head of the class

Through it all — the vaccine trials, the media appearances, the Q&A events and the work on Wayne State’s Public Health Subcommittee (now called the Campus Health Committee) — the teacher taught. Kilgore led the same public health and vaccine courses he’s been teaching for years, but COVID-19 and his vaccine trial work kept students wider-eyed than when his examples drew upon historical events.

In the first year of pharmacy school, WSU students go through certification to become qualified to administer injections. Kilgore asked each student in his winter 2021 class to spend time volunteering in a vaccination clinic. When he added up the hours at the end of the semester, he found that his nearly 100 students had collectively donated more than 2,000 hours of their own time to help vaccinate Michiganders. 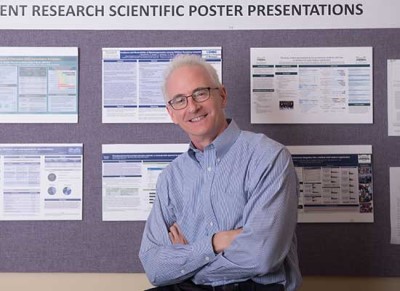 “I was super impressed by the student response to finding opportunities to get trained while helping the community,” Kilgore said.

He always tells students that the formal training in WSU Applebaum classrooms and labs is just the beginning of their education.

“They’ll be learning for the rest of their careers, just as I have at every stage of mine,” Kilgore said. “I’ve had huge learning experiences — overseas at missionary hospitals, during the first SARS pandemic and now with COVID-19. It has all built upon my medical school foundation but my education never stops.”

WSU Applebaum information meetings for prospective students take place at 6 p.m. on the first Tuesday of each month. The application process for the Doctor of Pharmacy program begins each July.