As the world’s attention is focused on the urgent health crises brought about by the novel coronavirus, longtime plights such as antibiotic resistance persist. 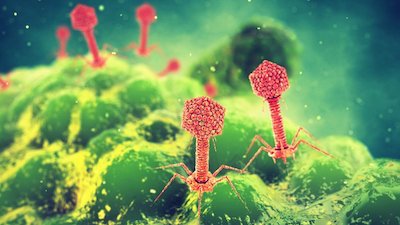 Just last year, the Centers for Disease Control and Prevention called antibiotic resistance one of the biggest public health challenges of our time, saying that at least 2.8 million people in the U.S. are infected with antibiotic-resistant bacteria or fungi annually, and more than 35,000 people die as a result. Now, with secondary bacterial infections contributing to COVID-19 deaths, that number could rise at an alarming rate.

According to the CDC, antibiotic resistance happens when germs like bacteria and fungi develop the ability to defeat the drugs designed to kill them, so the germs are not killed and continue to grow.

“Most large multinational pharmaceutical companies have abandoned antibiotic development because it’s not profitable,” Rybak explained. “It costs $2 billion to $3 billion to bring a new drug from discovery to market, and companies can’t recoup that investment when patients are only on antibiotics for a few days versus lifelong drugs that people take daily for conditions like diabetes or rheumatoid arthritis.”

He said startup antibiotic developers have tried to meet the need, but all too often are forced into bankruptcy when they fail to get FDA approval and lack the deep pockets to cover the cost of additional trials. 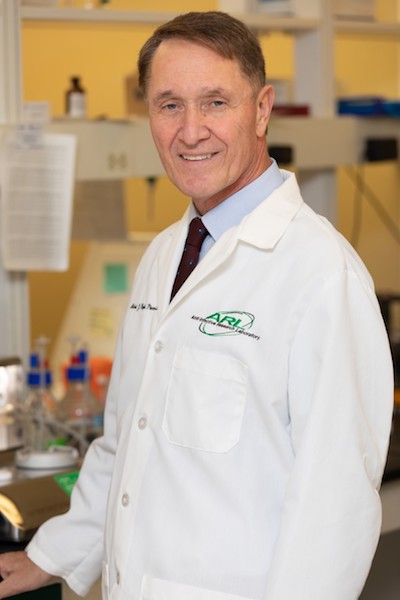 For example, Rybak was working with a clinical-stage biopharmaceutical company to develop an antibiotic for the treatment of skin and soft-tissue infections The company folded when trials detected higher elevations in liver enzymes than the comparator antibiotic,” he said. “It’s very difficult to prove a drug is equally or more effective than what’s currently available, and this company didn’t have additional funds to do another clinical and safety trial."

“The antibiotic pipeline is severely damaged and in trouble.”

Experts are calling on the federal government to help solve the problem. Rybak advocates for subsidized research and funding through Making-a-Difference in Infectious Diseases (MAD-ID), a nonprofit organization he helped establish to advance antibiotic stewardship education and legislation.

“But we’re still behind,” Rybak said. In response, “our lab has been working on bacteriophages as an alternative solution to antibiotic resistance.”

Looking back to move forward

First implemented a century ago using viruses plucked from sewage and applied topically to skin and soft tissue infections, phage treatment had fallen out of favor in the U.S. after antibiotic use went mainstream in the late 1930s. Bacteriophages are viruses that target, infect and kill bacterial cells; they exist in our bodies and the environment. Multiple reports have shown that phages, including those used in combination with antibiotics, could be an effective weapon in the antibiotic resistance battle.

Take for example the case of Thomas Patterson, PhD, a University of California San Diego professor who fell critically ill during a trip to Egypt. He was diagnosed with a pancreatic pseudocyst filled with bacteria called Acinetobacter and was transferred to the UCSD medical center, where treatment attempts failed and he slipped into a coma. His wife, Steffanie Strathdee, PhD — who happens to be an infectious disease epidemiologist — quickly began researching ways to combat the antibiotic-resistant bacteria that had put her husband at death’s door. As she explored treatments new and old, she came across phage therapy and appealed to researchers across the globe to resurrect a so-called forgotten cure — one that was not licensed or FDA approved.

Just 48 hours after phage treatment, Patterson woke from his coma, as his wife recounted to an audience that included Rybak during a MAD-ID meeting in May 2019.

“We always invite patient advocates to speak at our annual conference — someone who has first-hand experience with antibiotic resistance,” Rybak said. “This was a powerful account.”

Indeed, The Perfect Predator, the book the couple wrote detailing their medical emergency, made Amazon’s Best Science Books of 2019 list, and was called “a fascinating and terrifying peek into the devastating outcomes of antibiotic misuse” by Scientific American.

After meeting the couple, Rybak returned to his lab newly inspired. “ARL is combining bacteriophages with antibiotics as sort of a dual therapy,” he said. “This approach is exciting because it is possible that the antibiotic will reduce bacterial resistance to phage, and the application of phage will reduce the emergence of antibiotic resistance. In fact, we have shown this in our laboratory experience.”

Details about these findings were published in February 2020 in Pharmacotherapy and Contagion articles written by Rybak's research group, including his postdoctoral research fellows Taylor Morrisette, PharmD (lead author); Razieh Kebriaei, PhD; and Katherine L. Lev, MSc, along with microbiologist Sandra Morales, PhD, of Phage Solutions in Australia. The articles conclude that while there are unanswered questions to address, the use of bacteriophages in combination with antibiotics is “a very promising therapeutic approach.”

Most recently, Rybak and his group (including lead author Raieh Kebriaei, PhD) published their findings of combining several first line antibiotics with bacteriophage against multidrug-resistant Staphylococcus aureus, a leading cause of serious infections worldwide, in the May 2020 issue of Antimicrobial Agents and Chemotherapy. Not only did they demonstrate pronounced and statistically improved killing, they found that these combinations prevented bacteriophage resistance and further antibiotic resistance.

The field of infectious diseases (ID) has a long history in Detroit and at Wayne State, whose faculty and alumni have had a significant impact on ID pharmacy research, practice and education over the years.

A two-time Wayne State alumnus, Rybak (PharmD ’81, MPH ’05) is one of the founding members of the Society of Infectious Diseases Pharmacists (SIDP) and has helped develop national guidelines on MRSA, infective endocarditis and vancomycin.

Detroit Receiving Hospital, a stone’s throw from WSU Applebaum, had the very first American Society of Health-System Pharmacists accredited infectious diseases residencies (established in 1996 under Rybak’s direction), and the infectious diseases pharmacotherapy fellowship program in ARL was one of the first in the country to receive American College of Clinical Pharmacy approval of its research fellowship.

The ARL fellowship program was established in 1985 and, under Rybak’s direction ever since, has trained more than 45 research fellows and received more than 20 fellowship awards in its two tracks: ID pharmacokinetics/pharmacodynamics and ID health outcomes research. All fellows participate in teaching and precepting pharmacy students at Wayne State, clinical training by rounding with the ID consultation service at Detroit Receiving Hospital, and enroll in graduate course work in the WSU School of Medicine’s Department of Public Health. During their training, residents and fellows have published more than 250 papers that have been cited over 10,000 times.

Among past fellows is WSU Clinical Professor of Pharmacy Practice and Society of Infectious Diseases Pharmacists President-Elect Susan Davis, PharmD, who was invited to join the National Institutes of Health COVID-19 Treatment Guidelines Panel that was convened in late March by Dr. Anthony Fauci, director of the National Institute of Allergy and Infectious Diseases. Davis is now among the experts serving on the task force to provide up-to-date to clinicians about the treatment of patients with COVID-19.