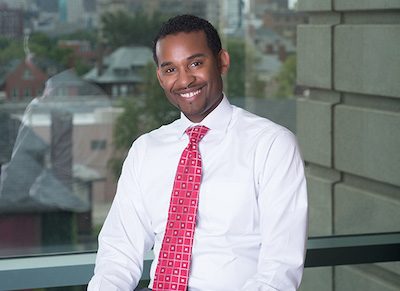 Wayne State University Associate Clinical Professor of Pharmacy Practice Dennis Parker has been accepted as a Fellow of the American College of Critical Care Medicine (FCCM). The rigorous application process considers educational background, practice experience, demonstration of outstanding leadership and productivity, and commitment to the ideals and practice of multiprofessional critical care.

Fellowship in the American College of Critical Care Medicine (ACCM) recognizes individuals who have demonstrated significant contributions and have made an impact in the critical care profession at a regional, state, or national level. The designation implies that Fellows will continue to advance technical and cognitive aspects of multiprofessional critical care as well as become a role model for younger critical care practitioners and researchers.

Parker coordinates and teaches Principles of Pharmacotherapy II: Nephrology, Cardiology (PHA 5155) and Principles of Pharmacotherapy V:  Neurology, Psychiatry (PHA 5225), as well as teaching in critical care and the Patient Care Lab. The majority of his teaching time is spent in the clinical setting, precepting 12-14 students each year in both NICU and general hospital rotations at Detroit Receiving Hospital. He is heavily involved in the Residency Teaching Certificate, mentoring 3-4 residents per year, and he lectures in neuropathology for the Wayne State School of Medicine.

He is a faculty advisor for Student National Pharmaceutical Association (SNPHA) and the Student Pharmacists Inclusion Network (SPIN).

Parker also devotes extensive service to the college, having served as chair of the Academic and Professional Progress Committee (CAPP) and the Convocation Committee; as a member of the Council for Diversity and Inclusion, the College Promotion and Tenure Committee, the Department Salary Committee; and as a faculty representative on the Board of Visitors.

Parker, who earned his PharmD at the University of Michigan in 1998, is a member of the American Society of Health System Pharmacists, the Society of Critical Care Medicine, the Neurocritical Care Society and the Michigan Pharmacists Association. He is certified in basic and advanced cardiac life support.