A highlight of the Eugene Applebaum College of Pharmacy and Health Sciences building, the Pharmuseum is a permanent exhibition of the pharmacy profession's history. The narrative description of the collection (below) was created in 2000 by Jane Rogan and Mary Kalinski. 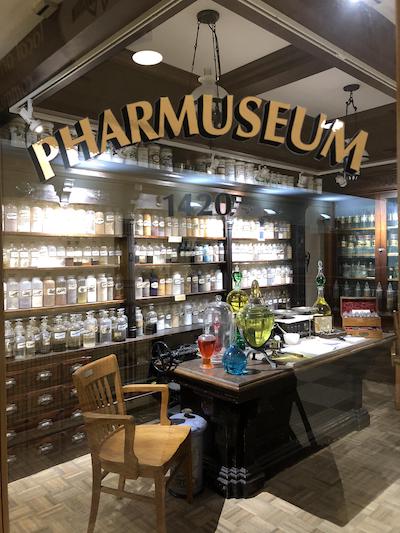 The pharmacy fixtures are characteristic of continental European pharmacies of the mid-nineteenth century. The mahogany cabinets are of French and German origin and were donated in 1972 by Howard Mordue Jr. in memory of his father. Howard Mordue Sr., who was the owner of Medical Arts Pharmacy in Highland Park, Michigan, purchased and imported them over the years as he vacationed.

The shelves of these units are filled with tincture and wide-mouth (salt) bottles, many with drug contents.

The installation was made as authentic as possible with ambient lighting with antique fixtures, pegged wooden floor, and a coal-burning stove of the 1850s.

A large marble-topped dispensing counter is from France. In one of the cabinets are hand-blown bottles of Belgian, French, English and American manufacture.

Numerous show globes both standing and hanging are in the collection. Among them is a rare four-unit pineapple globe of 1890. These Anglo-Saxon examples of the apothecary shop strike a colorful note among all the dark fixtures.

In another distinctive display are the apothecary drug jars, again originals or reproductions from various European countries.

A large collection of mortars and pestles of brass, bronze, porcelain, wood, glass and cast iron span the centuries of the art of the apothecary. 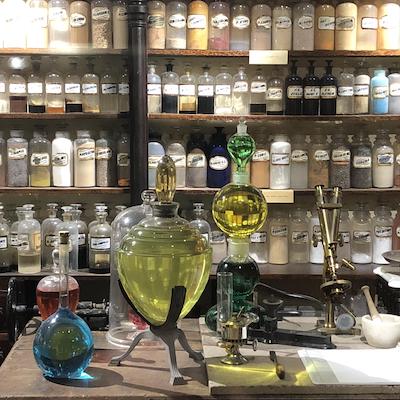 The Pharmusem has what we believe is the only complete set of tin herb canisters of Parke Davis and Co. of the 19th century.

One exhibit case is devoted to scales and balances of the past two centuries, including several handheld devices.

In our archives may be found books dating from 1815 in materia medica, therapeutics and pharmacology, as well as copies of early Dispensatories. We have a large collection of United States Pharmacopeias and National Formulary, as well as copies of printed material in the form of pamphlets, broadsides, trade cards, and prescription files from Michigan pharmacies from 1878 to 1893.

Minutes from the meetings of the Detroit Retail Druggists Association and its succeeding organization, Metropolitan Detroit Pharmacists Association, from 1918 to 1975 are on file.

Tools of the apothecary include mortars and pestles, pill machines, cachet machines and suppository molds. Other supplies that were sold in pharmacies include veterinary drugs, nursing bottles and medicine chests. Equipment used for occupational therapy and clinical services are also present. 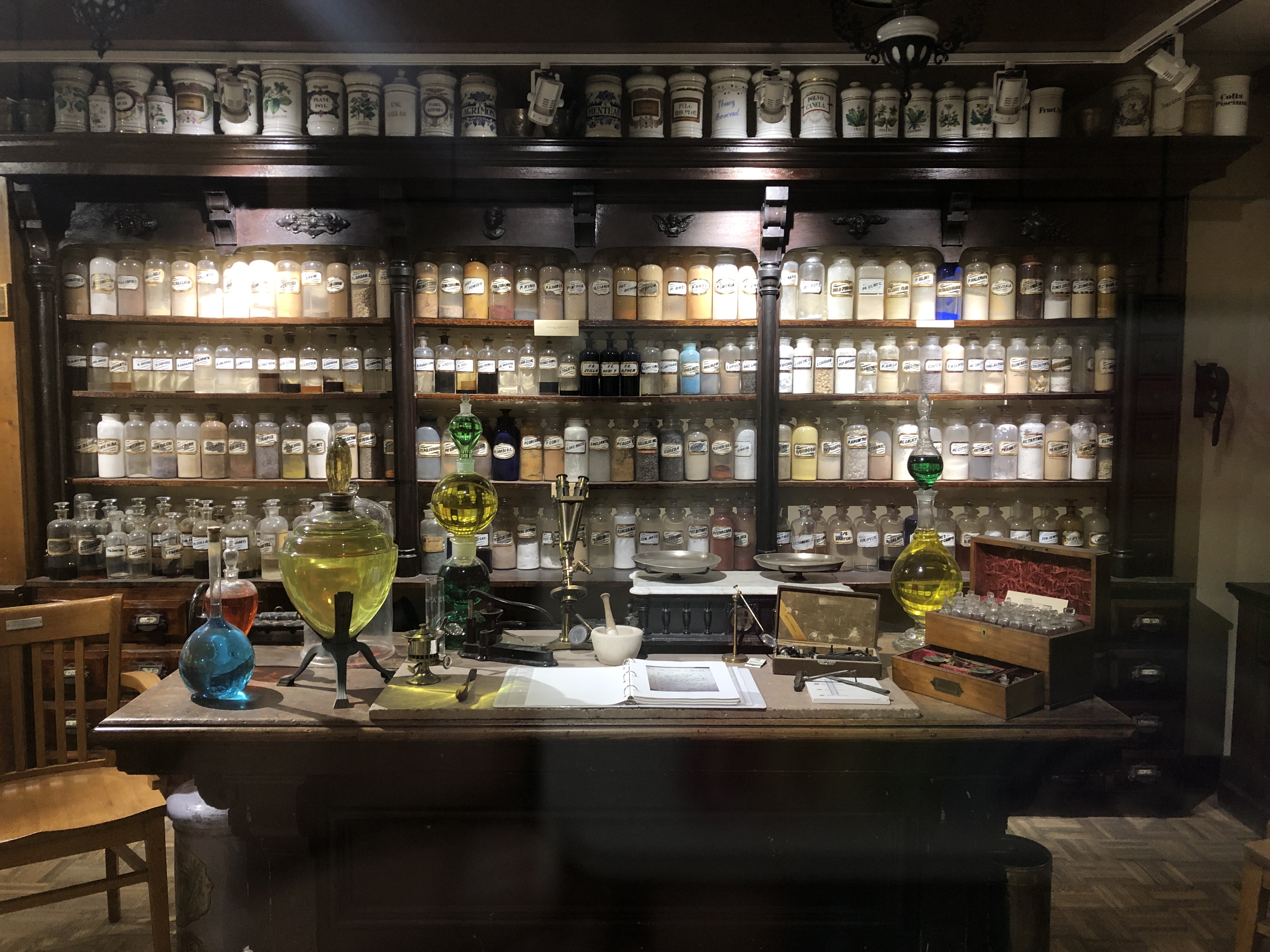