Greg Umstead was a longstanding, dedicated educator of WSU Pharmacy students, touching so many students over 40 years both in the classroom and precepting them in oncology pharmacy practice. Below is a memorial tribute by WSU Applebaum Emeritus Professor of Pharmacy Practice Douglas Miller. 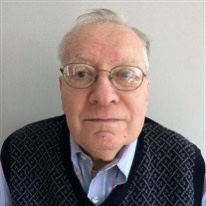 Dr. Greg Umstead passed away peacefully at his home in Huntington Woods, Michigan on Friday, November 6, 2020, following a long battle with pulmonary disease.

He practiced as a member of the Department of Pharmacy at William Beaumont Hospital in Royal Oak, Michigan for 15 years and developed a collaborative oncology research program with the Department of Medicine’s Oncology Division there.  His group participated in numerous national cooperative oncology studies and conducted sponsored research. He moved his practice to the Department of Pharmacy at Ascension Health’s St. John Hospital in 2007 and continued to care for patients there until just a few months prior to his passing.

At both Beaumont and St. John, he was a stalwart proponent for the continued development of the pharmacist’s role in provision of direct patient care. He was formally recognized as an outstanding educator, preceptor and mentor many times during his career by pharmacy students and residents with whom he interacted.  His expertise in hematology/oncology pharmacy practice was well known and his advice and counsel regarding proper patient care and pharmacotherapy was frequently sought by colleagues throughout the region.  He was honored by The Ohio State University College of Pharmacy with their “Distinguished Alumni Award” in 2017.

A 43-year resident of Huntington Woods, Michigan, Dr. Umstead served his community in many capacities.    He was a planning commissioner and a member of both the Zoning Board of Appeals and the Historic District Commission.  He was a member of the Royal Oak Methodist church and served as Treasurer for the Church World Services’ annual “CROP Walk” for more than 30 years.  In 2003, he received the City of Huntington Woods’ Joan R. Peterson Memorial Community Service Award.