A select handful of WSU Applebaum PharmD and Doctor of Physical Therapy students mingled with alumni during a small luncheon on Tuesday, Aug. 20, in the Purdy Kresge Library. They discussed strategies for success with a focus on how to engage mentors.

After lunch, Schmoll interviewed Andy Giancamilli about his experiences, and students asked questions of the pair.

Giancamilli – who retired in 2012 after a long career in business leadership as interim president and CEO of 99 Cents Only Stores, president and CEO of Katz Group Canada, president and COO of Kmart Corporation, and more – imparted the power of both persistence and networking. He said he was initially accepted to Wayne State on academic probation because he “was not the best high school student.” He was supported by a reading specialist who helped him pass the three summer classes he needed to formally begin a degree program at the university.

Later, when he decided to apply to Wayne State’s pharmacy college, he was again turned down. But someone who believed in Andy’s drive and potential convinced the pharmacy admissions team to give him a shot.

“Without relationships with my mentors, I wouldn’t be where I am today,” he said. He also praised the luck he has had in life. A first-generation Italian immigrant, Giancamilli came to America on the SS Andrea Doria – one voyage before she sunk on the same route in 1956, causing 46 fatalities.

Although Andy Giancamilli ultimately veered toward the business side of pharmacy in his career, working his way up to a partnership with Jack Robinson at Perry Drugs (bought in 1995 by Rite Aid), he noted the importance of the profession.

“Pharmacists often provide the first line of medical treatment,” he said. “Especially in small towns like the one I grew up in in Italy, people often go to the pharmacy before the doctor or even urgent care. Pharmacy is much more than counting pills and filling prescriptions. It’s the knowledge you have up in your head, how you can identify ailments and advise clients, that is what allows you to really help people.”

After talking about how he helped Perry Drugs successfully launch Michigan’s first 24-hour pharmacy, located at the corner of Greenfield and 9 Mile, he stressed the importance of taking risks.

“I’ve seen a lot of people have doors opened for them and not walk through,” he told students. “You have the foundation from this university to take the risk of going through those doors.”

Of course, not all risks lead to success. On failure, Giancamilli said that it’s critical to admit when you’re wrong.

“Don’t dig in and be stubborn when you realize you’re going the wrong way,” he said. “Take the risk, but be flexible about the outcome.”

Schmoll added, “If you mess up, fess up, and don’t do it again.”

When asked about how to establish relationships with mentors, Schmoll noted that arranged mentorships are typically less successful than ones that emerge organically. Both she and Wanda Giancamilli agreed that asking someone to be your mentor will likely make it awkward and add too much pressure. The best mentorships happen organically.

“Mutual admiration is necessary in a good student-mentor relationship,” Schmoll said. “You will each have a natural affinity for each other. When you find yourself in a relationship like this with someone you can learn from, just pay attention to what they do, watch how they interact with others, and ask questions.” 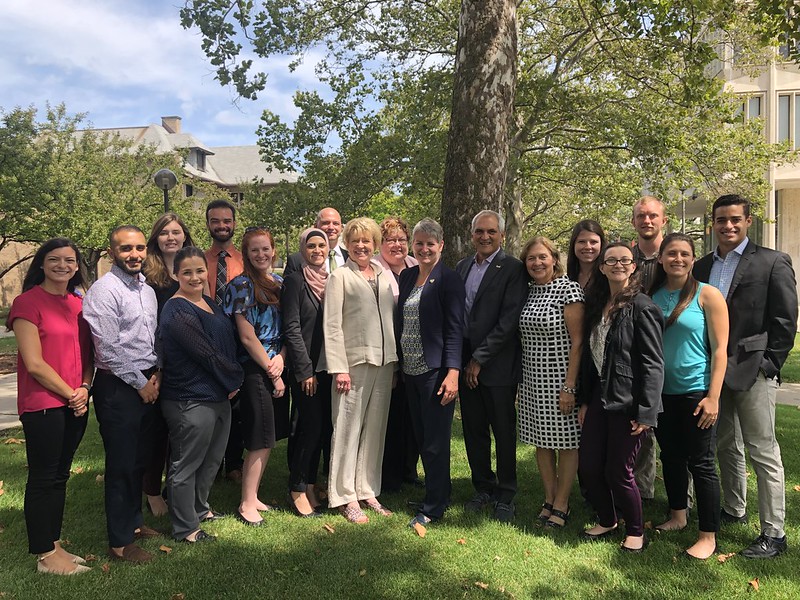